Transforming the livelihood of Rural Women, the experience of the Bongo-Soe Shea Pickers and Processors Cooperative.

Home Success Stories Transforming the livelihood of Rural Women, the experience of the Bongo-Soe Shea Pickers and Processors Cooperative.
NextPrevious

Transforming the livelihood of Rural Women, the experience of the Bongo-Soe Shea Pickers and Processors Cooperative.

Bongo-Soe Shea Pickers and Processors was formed as a co-operative on 28th March 1997. The group is divided into sub-groups with some being pickers, processors and managers. However, it was not until when the group came into contact with the Rural Enterprises Programme (REP) through the Bongo Business Advisory Center that it was registered as a formal business with the Registrar General’s Department. This happened in 2013, a year after the Bongo District became a participating district of REP. They have also just (in October 2015) received certification from the Ghana Standards Authority through the BAC’s facilitation. 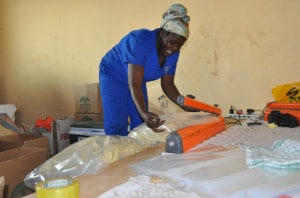 Prior to REP’s adoption of the group and support, the group had benefited from a number of interventions from the World Vision Ghana through its Bongo Area Development Program. One of such was the provision of processing center to enable members of the group to bring their shea nuts to the center for processing into shea butter.

Even though the group had been processing sheanut for years, the BAC realized that they needed improved processing techniques and value addition training to attract new markets, which were readily available. The BAC organized an improved Sheanut processing training for members of the group. A high flying member of the group, Ayorigo, explains that this training has really improved the quality of their products, which is satisfying to the people who buy their Sheabutter. Ayorigo explains that following the improved sheanut processing training, she and a few of her colleagues have set their sights on exporting their products.

To enable the group members add value to their shea butter, the BAC also organized a soap production training for some group members to enable them process sheabutter into soap. That is not all. To also take advantage of the abundance of Boabab plants in the area, the BAC collaborated with a Chinese company to train the Bongo-Soe Shea pickers and Processors in Baobao nut processing into Baobao oil. There is an increasing demand for the product by cosmetic industry. Individuals in the group have been supported to neatly package their Boabab oil.

The group has also been trained in Occupational Safety Health and Environmental Management. REP took the cost of their accommodation, exhibition stand and transportation from Bongo to Accra and back. The BAC has supported the group to package their Moringa ointment and soap. In December 2014, some members of the group participated in the annual REP Clients’ Exhibition and Trade Show in Bolgatanga. 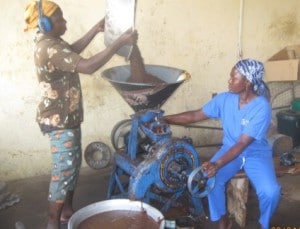 Four months later, the group was supported by REP to participate in the 19th Ghana International Trade Fair in Accra.

According to Suzanna Akurogo, president of the Cooperative, aside the huge sales made by her group during these events, they also established a number of links with persons who have expressed interest in buying their products in large quantities. Accordingly they have already significantly increased their production capacity, all being equal, with a current production capacity of not less than 39996kg of sheabutter per year for export and the local market. President Akurogo explains that they are able to make sales of about GH¢183,981.60 per year, with a net profit of GH¢28,194.46

The group has very active savings accounts with National Investment Bank and Bongo Soe Rural Bank where the proceeds and profits are deposited for future plans of the group. Many members of the group also have private accounts with these banks. The BAC has also assisted them to access different loans to expand their business including the Bongo Poverty Alleviation Fund.

The group has improved in many aspects of their activities, from human resource to the quality of service they render. They have now expanded the structure built for them by World Vision. They also have large customer base both locally and internationally which has improved on the revenue sales. The group can boast of direct employment to 251 people in the community.

It is not the livelihoods of members of the group that has increased. The social standing of many of them have also greatly improved in an area where the customs and traditions upheld male superiority in most things. Secretary of the group, Gifty Atiah, is the immediate past Assembly member for the Bongo Soe Electoral area. Many others have become joint breadwinners in their families. As explained by Ayorigo, she regularly support not only her husband but some members of her extended family financially. Her second son completed nursing training at the Bolgatanga Nursing College whiles one child has also completed senior high school. 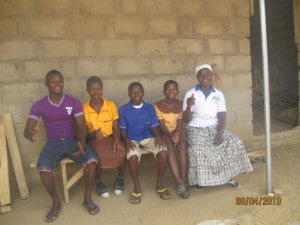 The last is in the final year at the secondary school.

“I am very excited I have been able to support my husband to pay the school fees for our children, buy them food, good clothing to wear”, said Madam Akurogu.

The president and secretary of the Cooperative have graduated from ordinary clients to services providers and are contracted by other BACs to train their clients in sheabutter processing.

The future of the group is very bright for the Bongo-Soe Shea Pickers and Processors. Following their certification from the Ghana Standards Authority, they have determined to break through the markets from the regional, national and even international levels. It is currently involved in negotiations with other buyers notably from Europe. To this end they are negotiating with the BAC for support to increase their production capacity to 72000kg of sheanut into sheabutter by the next three years. They also intend to build the Baobao oil business.